What is a ground shoring and what is it for. Particularities in concrete pile shorings

A ground shoring is a temporary metal structure that replaces a future slab while excavation is in progress, absorbing the soil pressure behind the diaphragm walls.

In the case of concrete pile diaphragm walls the struts do not reach the diaphragm wall directly. A waler beam is arranged around the pile wall such that each strut takes the thrust coming from multiple piles.

Another advantage of the waler beam is that it can absorb the irregularities of the pile wall, more visible than in the case of a continuous diaphragm wall.

The waler beams are attached to the diaphragm wall by means of anchors that are either anchored to the concrete piles, or inserted in the gaps between piles and later filled with concrete.

Ours being a 100% modular and bolted system, all gaps are eliminated and the exact strut length is attained by tightening the jack that each strut carries.” 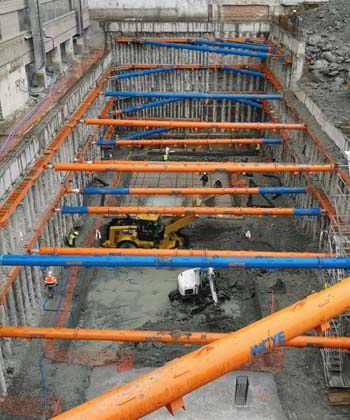 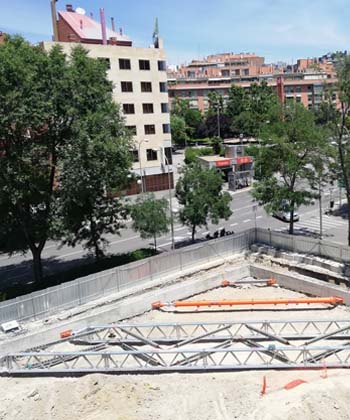 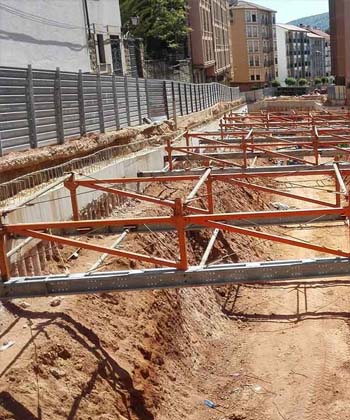 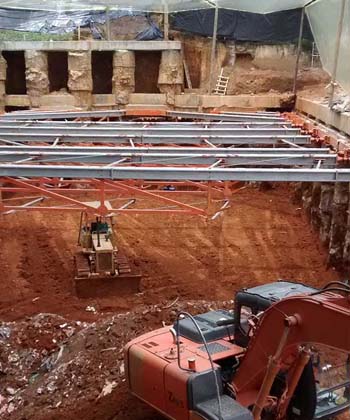