What is a ground shoring system and what is it for? Particularities in the diaphragm wall

“A ground shoring is a temporary metal structure that replaces a future slab while excavation is in progress, absorbing the soil pressure behind the diaphragm walls.

In the case of diaphragm walls shoring, the struts are anchored directly onto the diaphragm walls. INCYE’s modular systems do not require any embedded elements prior to our arrival. Once the diaphragm wall is finished, the number of anchors required is drilled with the help of a template, the anchors are installed using resins (provided Hilti or Wurth) and the anchor plate is bolted to the rods. The strut itself is then pinned to the anchor plate. Ours being a 100% modular and bolted system, all gaps are eliminated and the exact strut length is attained by tightening the jack that each strut carries.
SETUP YOUR GROUND SHORING SYSTEM 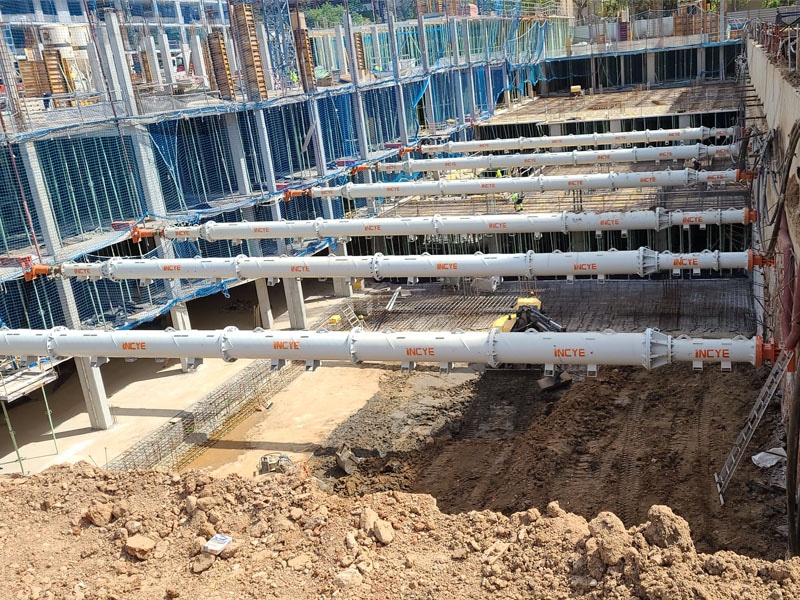 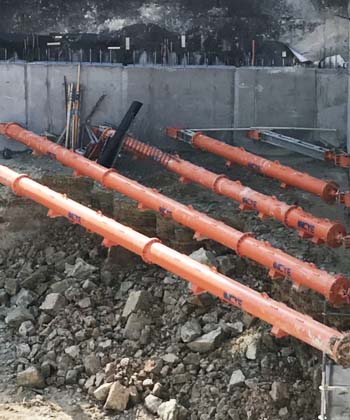 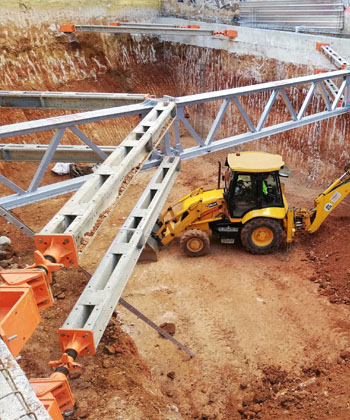 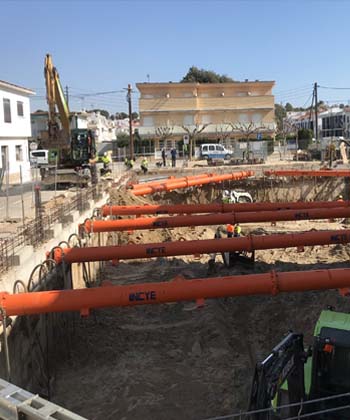