What is a falsework and what is it for?

A falsework is a temporary vertical props metallic structure. Like all INCYE systems, it is a meccano made up of standard parts that allow quick and easy assembly.

It is a widely used system, both in construction and civil works, and so versatile that it has been used in projects with multiple objectives.

In new construction, the falsework is usually used as a support base for the formwork system, to cast concrete structural elements such as slabs, bridge decks, hanging beams, etc.

In rehabilitation, they can serve, for example, to remove structural elements that will be overloaded when carrying out the demolition of other parts of the structure, as well as as a platform to retain debris due to demolition and prevent them from reaching a lower level where there may be transit of people.

Other possible applications are the generation of a platform for the transit of a machine (excavator, articulated arm, crane, etc.) when the surface of the ground is not smooth and suitable for the transit of the same, or to serve as a support base for a Hydraulic system for elastomeric bearing replacement on a bridge, for example.

Projects carried out with falsework for construction 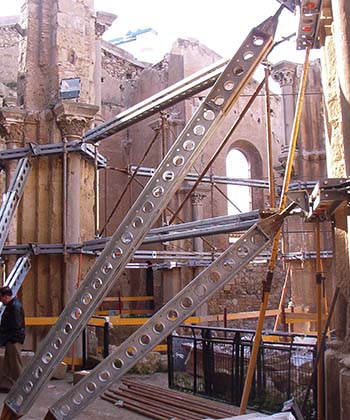 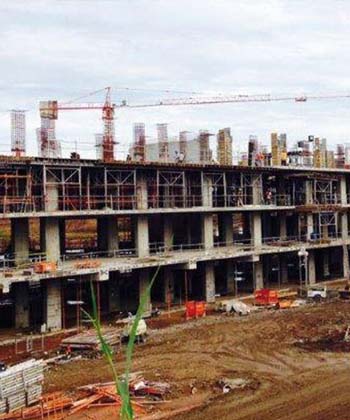 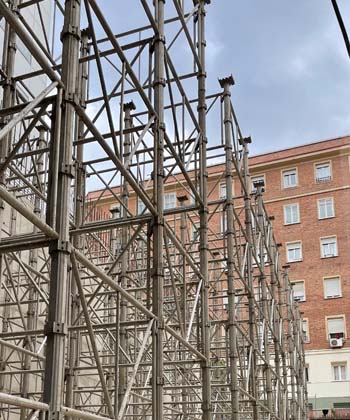 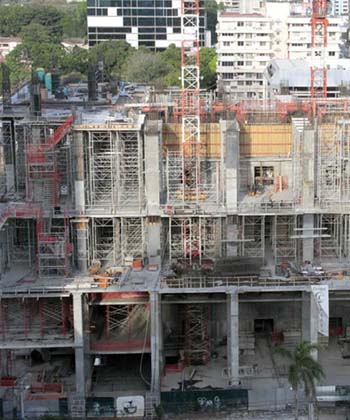