Climbing formwork for stacks up to 70 m. of height with advance of 5 m. per laying. 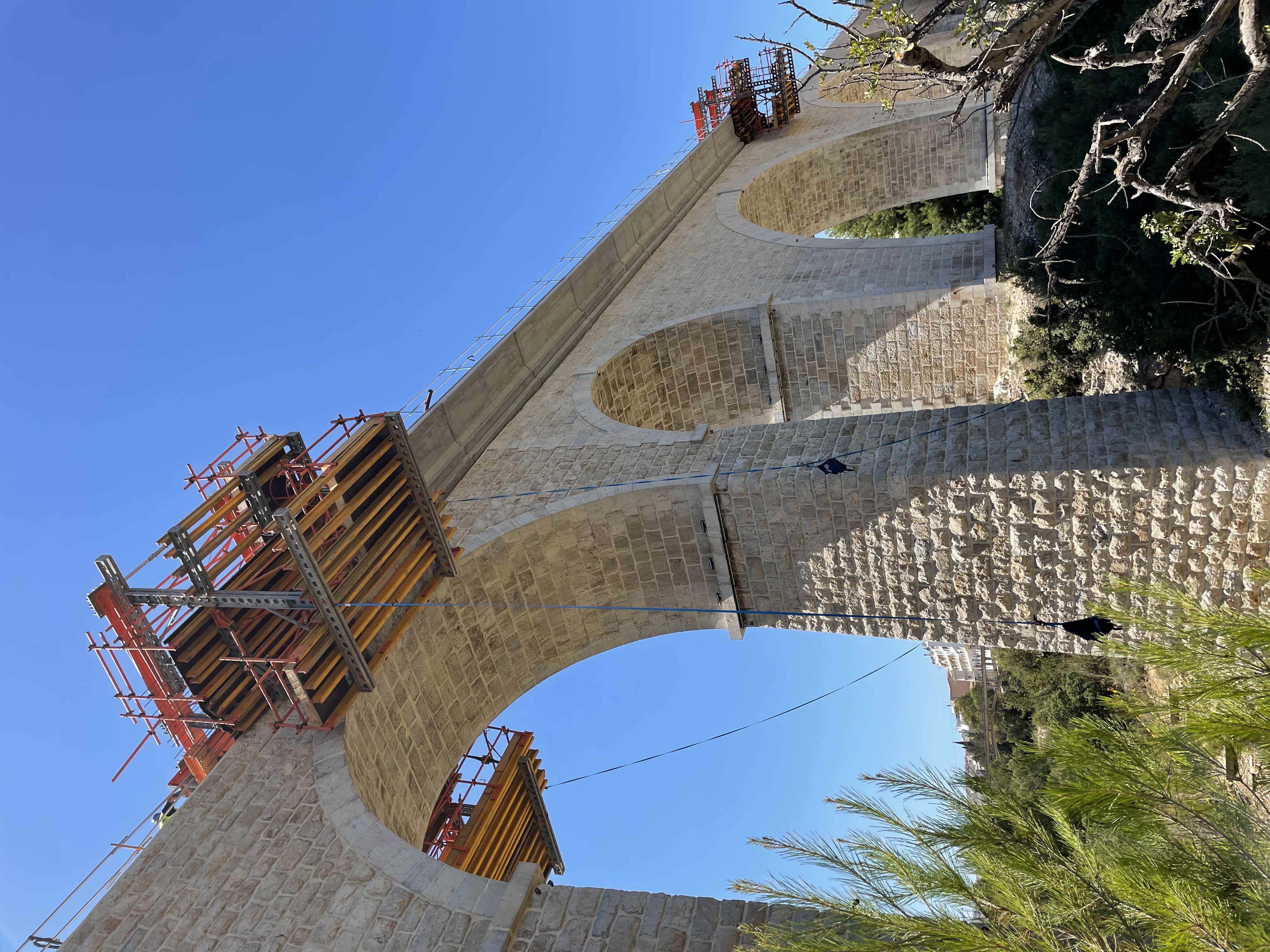