Incye assisted Archs Constructora in the construction project of a 30-flat building at 309 Provença street in Barcelona. Incye’s task was the design of a 2-level ground shoring system for the diaphragm walls.

The design of the ground shoring relied entirely on Incye’s PIPESHOR system. It consists of a modular solution with 400 mm diameter tubes connected longitudinally to each other by bolted joints, and without any need for lateral bracing between props. These tubular props are anchored to opposite diaphragm walls at the angle required in each case.

One of the goals of this project was to carry out the assembly of the props parallel to the excavation works, so a joint plan was drawn up by Incye, Archs Constructora and Exariser, in order to coordinate all tasks.

PIPESHOR’s easy assembly Archs Constructora to carry out the assembly and installation of the props by its own means following INCYE’s assembly plans and manuals.

Because the tubular system does not require bracing between props and there was ample room between props due to their high load capacity, Exariser could remove soil without difficulty.

Good communication between companies has allowed the 2 levels of shoring to be installed at the same time, meeting the deadlines laid out in the construction plan. 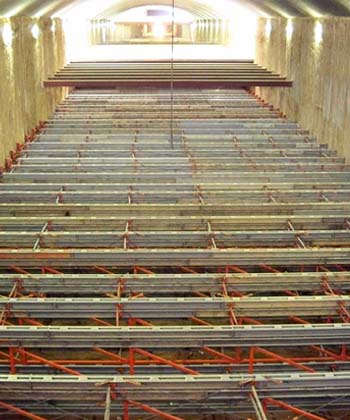 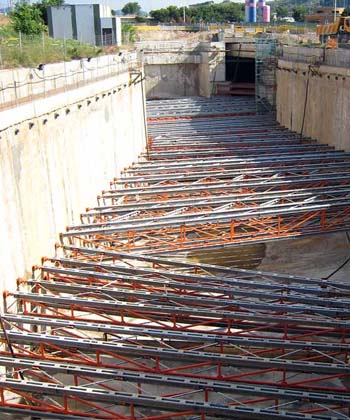 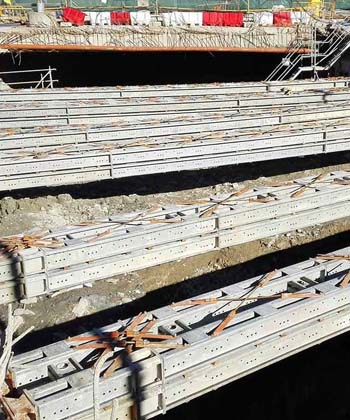 New Underground Vial in the Marina Basin, A Coruña 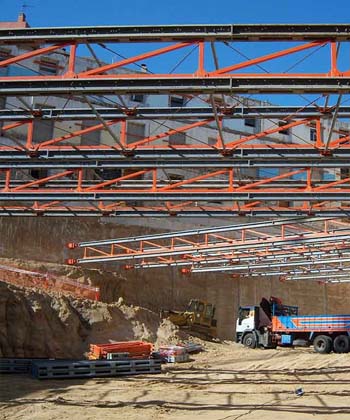 Head Office of the College of Architects of Madrid.