The building has a W-floor created from different structural modules executed at different times. It was necessary to maintain most of the facades, except for the roof lattice masts and the rear facades of the central module. The façade to be maintained is about 18.2 m high from the street floor to the top of the roof. Some 146ml of façade are maintained, which means that the area of walls to be conserved amounts to some 2,657 square metres.

Initially it was a usual work where they required a stabilizer and thus arrived at the first design. However, innumerable discoveries on site altered the requirements of rigidity and with it the definitive solution. From the initial building it was possible to demolish previously an independent structural module in the left wing that allowed the placement of the tower of that zone.

It was a brick facade “gafa” so the DF asked us to perform an extra stiffening of the facades. To this end, exterior and interior vertical sails were added to the façades, tied to each other at forged heights and intermediate heights, creating a framework together with the horizontal straps. The quartering of sails and belts is made according to the new structure to be executed for partial disassembly of parts maintaining the levels of interior props during the execution of the same.

From the original building, the “bare” structure remained and the façades, even the two main staircases had been demolished. The diaphanous plants (free of partitions and flooring) should have facilitated the distribution of material and assembly but this changed when they had to close all the plants for safety, due to the deterioration of the slabs, so that the plants were plagued with telescopic props.

The curved areas of the main façade were not load-bearing façades but rather balconies of terraces that were later closed, so in order to guarantee their integrity they had to build concrete pillars and beams, prior to our assembly and the demolition of the element that supported them (the flight of the slabs), so that they would serve as structural elements of the new building..

Initially we were going to start assembling by one wing and finish by the other end of the W, but due to the timing of the work 3 independently certified milestones were made: left wing module, central module and the rest of the building (left wing and curved areas). In this way when the central module was being assembled the left wing was already being demolished and in the same way the central module began to be demolished when the assembly of the right wing was being finished. This was possible because there were independent structural modules (with perfectly defined structural joints).

The solution consists of 2 stabilizing towers in the backyard which are joined to the rear facades at 4 different levels (1st 2nd 3rd and 4th floor). These rear façades are joined to the front façades by means of horizontal props on the same 4 levels. In this way, the loads acting on the front facades are transmitted by means of horizontal props to the rear part of the building where the towers receive them and transmit them to their micropiles foundations (designed and executed specifically for the towers). There is a 5º level of straps (without props) to guarantee the deck overalls. The 5 levels are joined to the vertical sails that are born from the level of forging of the ground floor.

In order to assemble the structure, it is necessary to previously open a large number of holes in slabs and walls to allow the continuity of sails and straps, as this continuity provides greater rigidity than if they were discontinuous elements.

The main material used is Superslim except the towers that have Megaprop verticals. There is also accessory material for diagonalizations and tube-tied and Rapid Tie. Assistance was given to the assembly by means of the tower crane of the work, articulated lifting platform (peep-peep) and scaffolding bodies for the demolished stairwells.

As we are on the first coastline, we have several areas of the building where the wind falls directly from the sea without any kind of shelter, which is why we are in Cadiz (zone C of the wind map which implies the maximum possible dynamic wind pressure) and that the DF asked us not to consider the temporary reduction of the structure, as a result of which the wind loads contemplated are among the strongest that can be obtained for this type of structure. 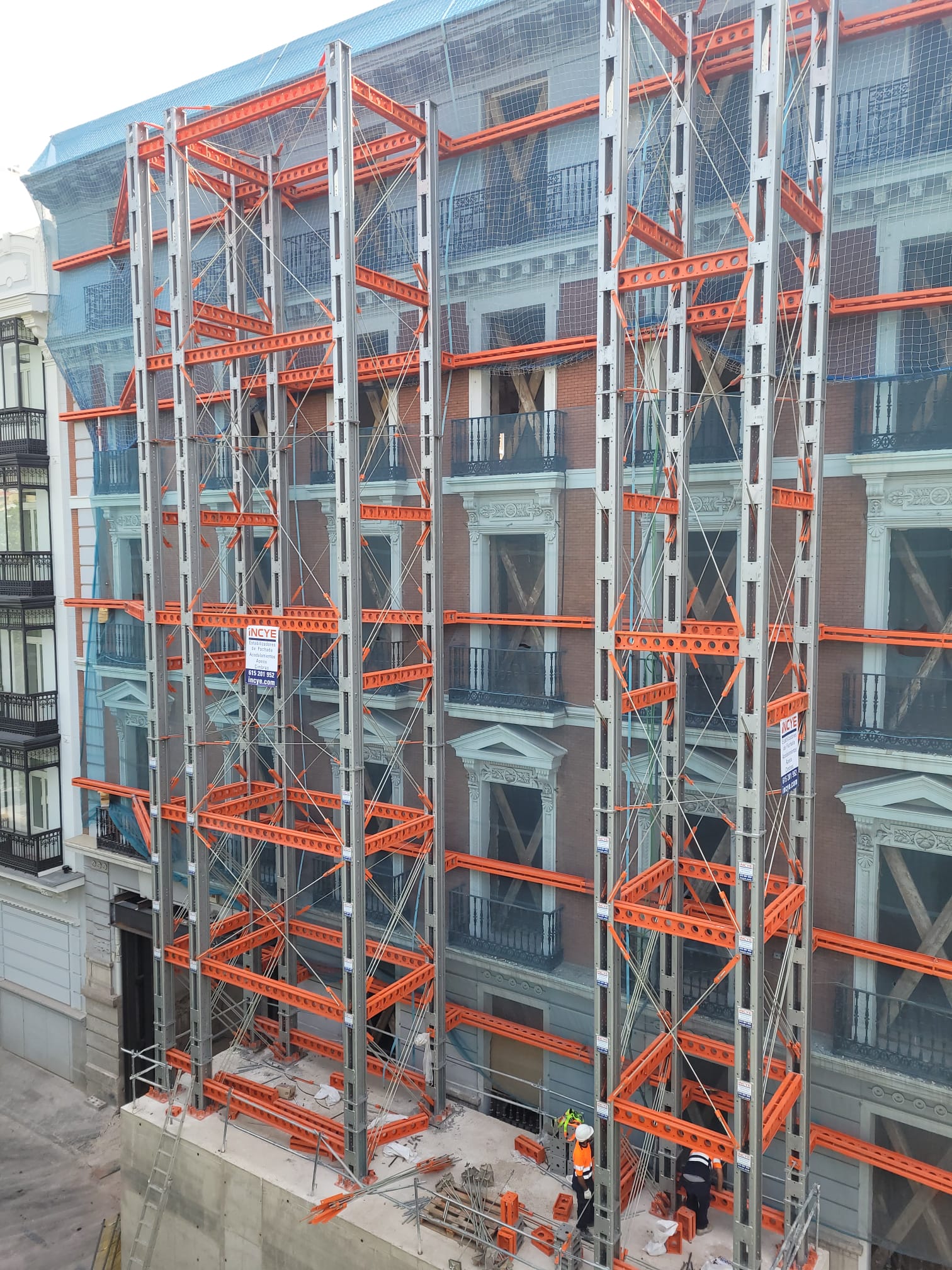 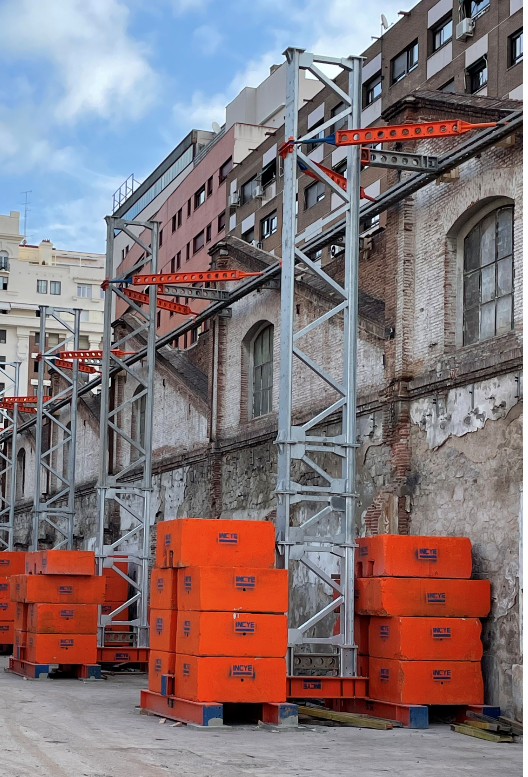 Cyopsa, contractor for the construction of an indoor swimming pool at 3, Cea Bermúdez 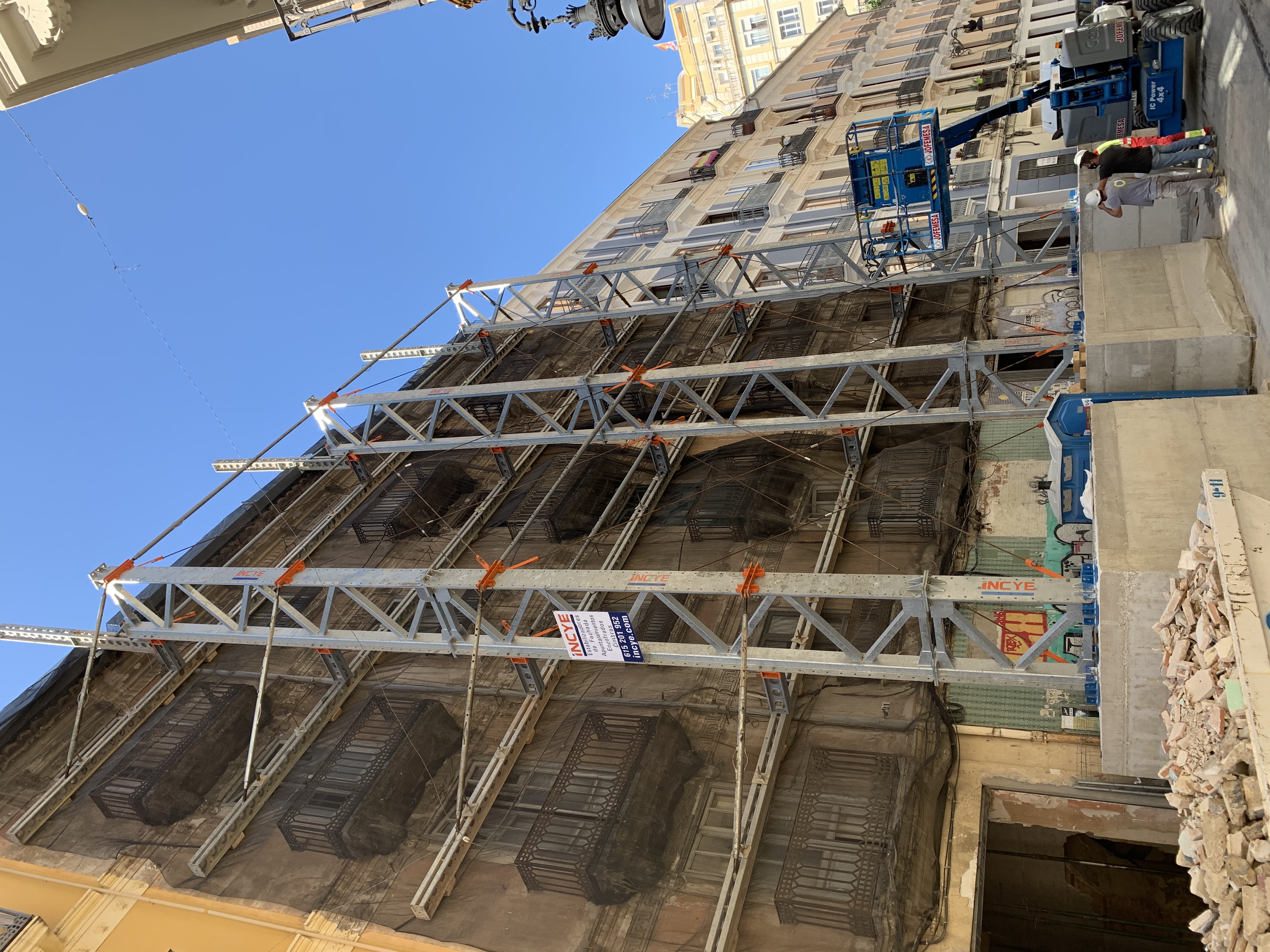 Façade retention for a property located in downtown Valencia. Located on a pedestrian street, it 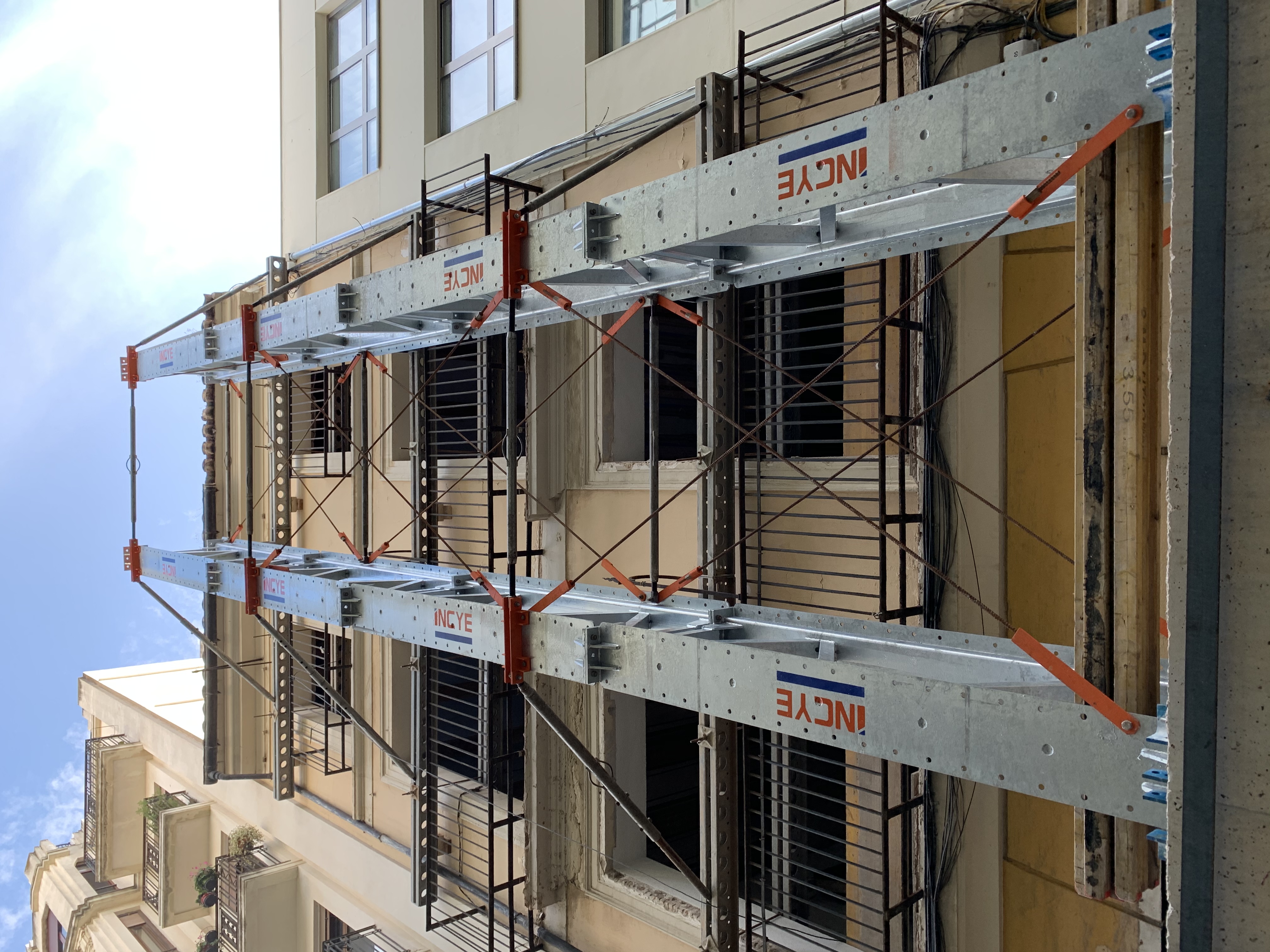 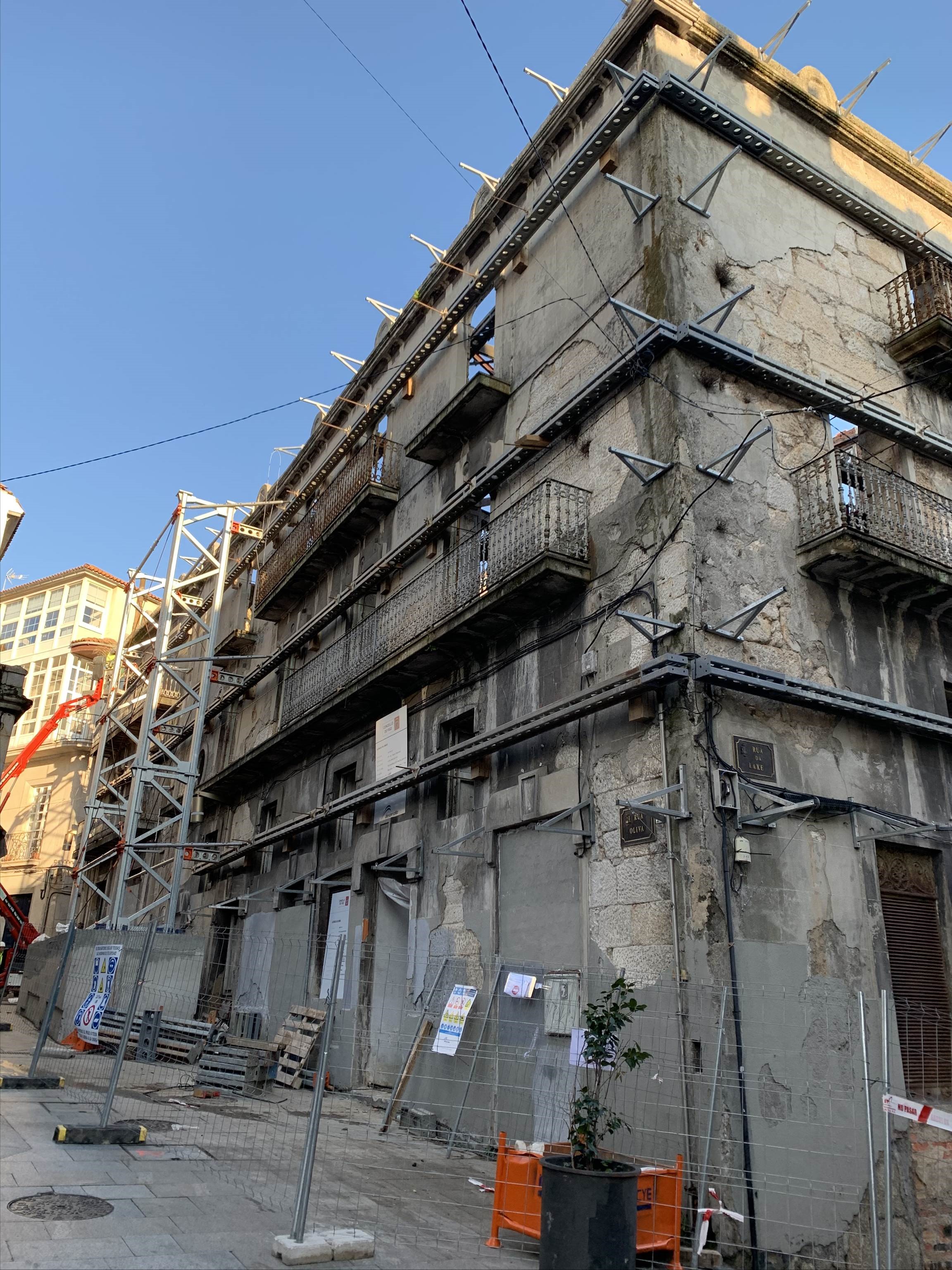 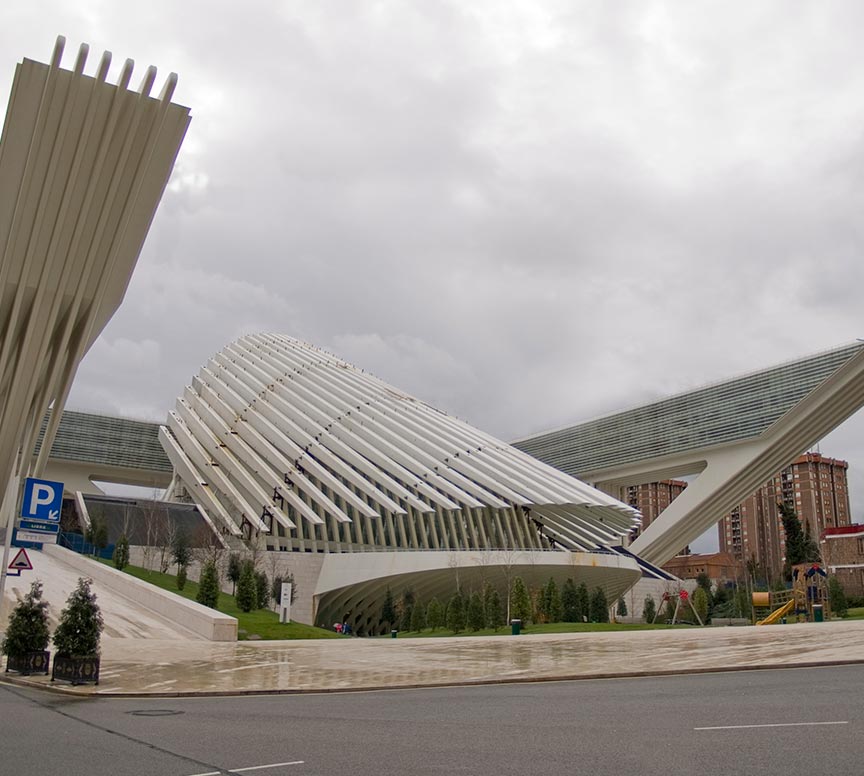 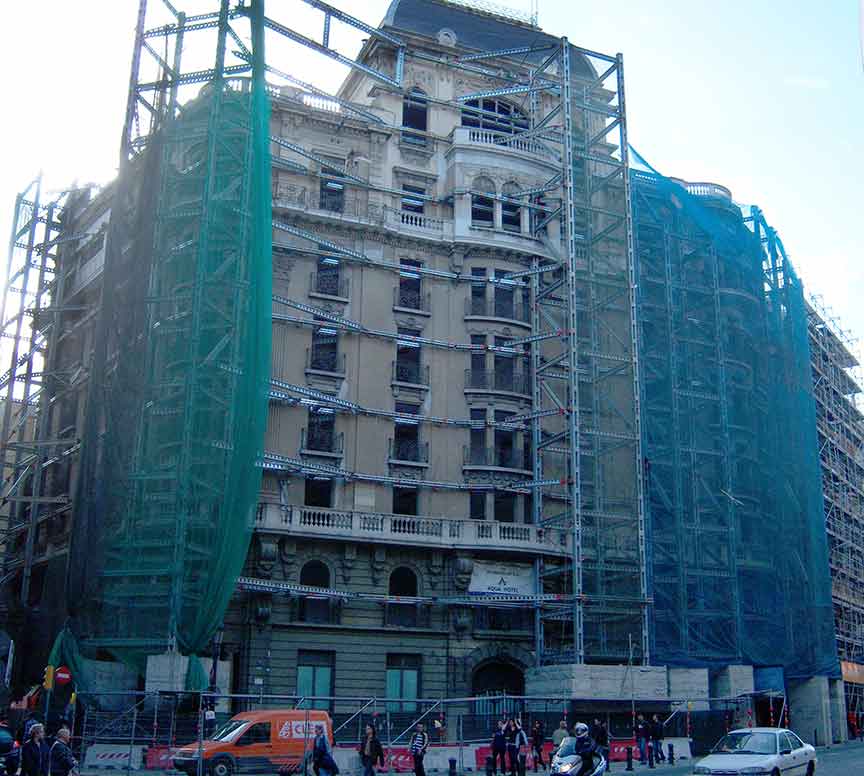 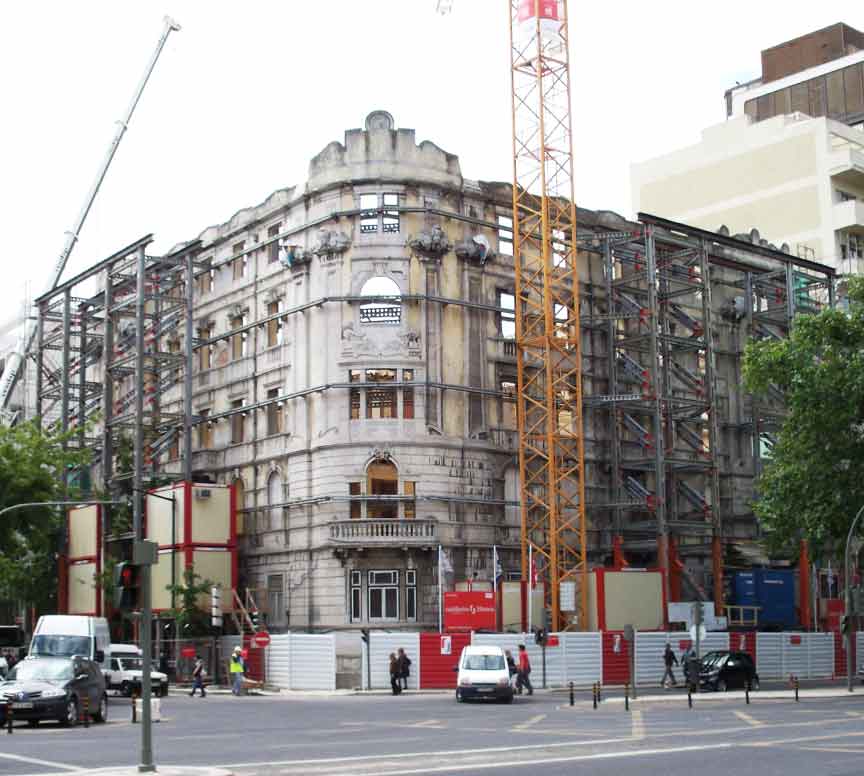 Avenue of the Republic, Lisbon 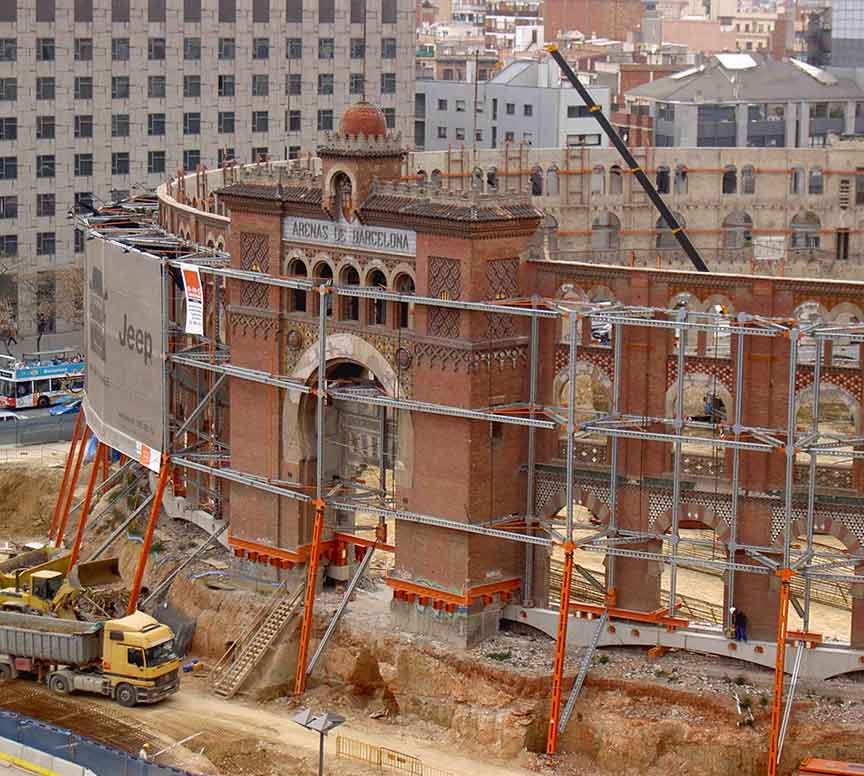 Transformation of the old Las Arenas bullring into a shopping center. Façade retention system in 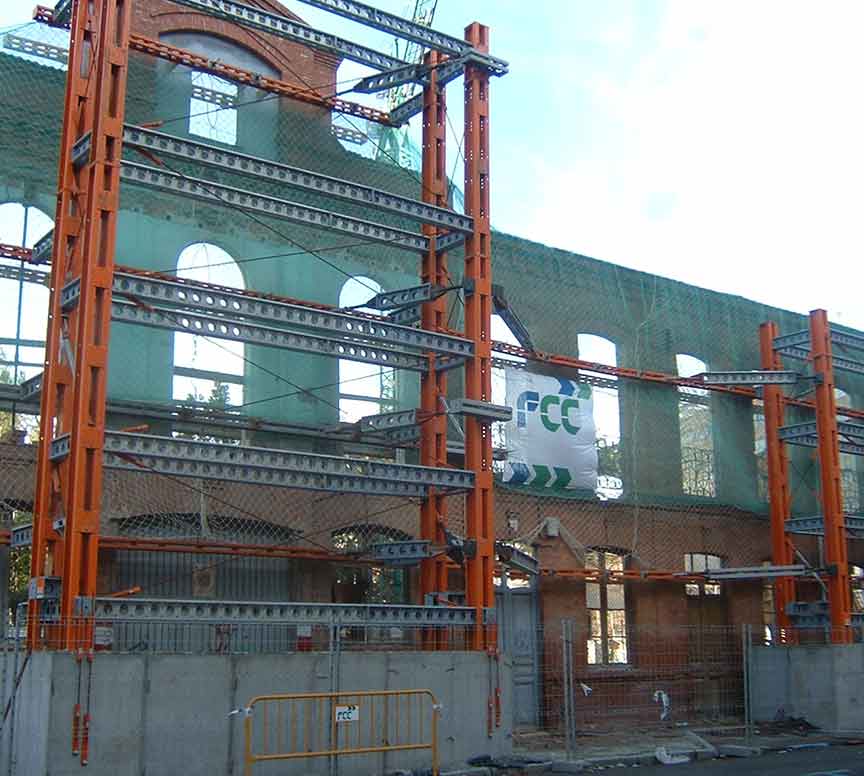 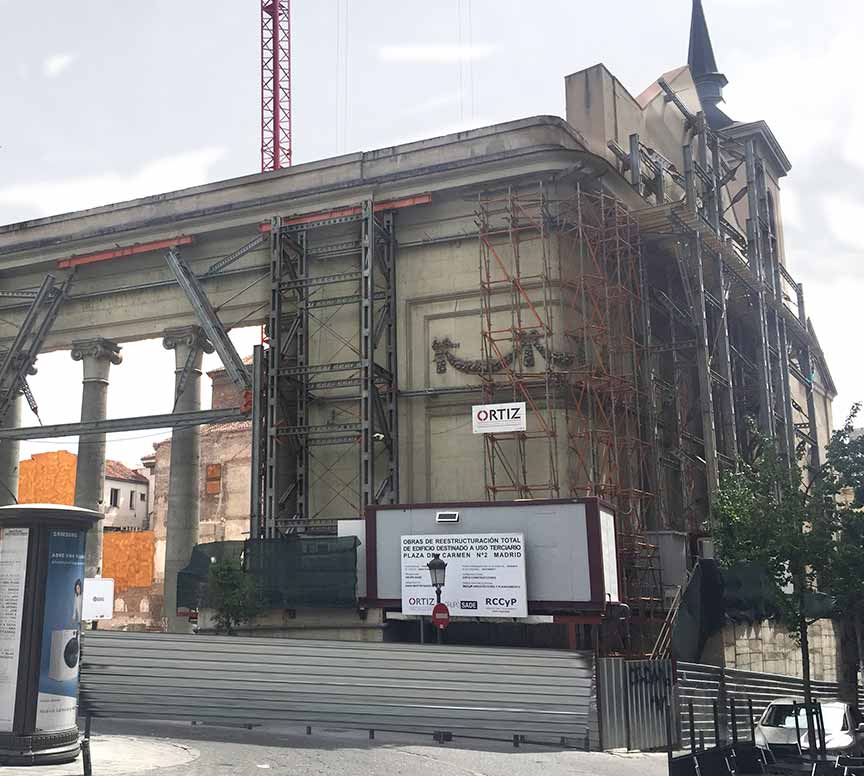 With Megaprop exterior towers and cornices´ shoring. A structure with inclined struts Megaprop has allowed 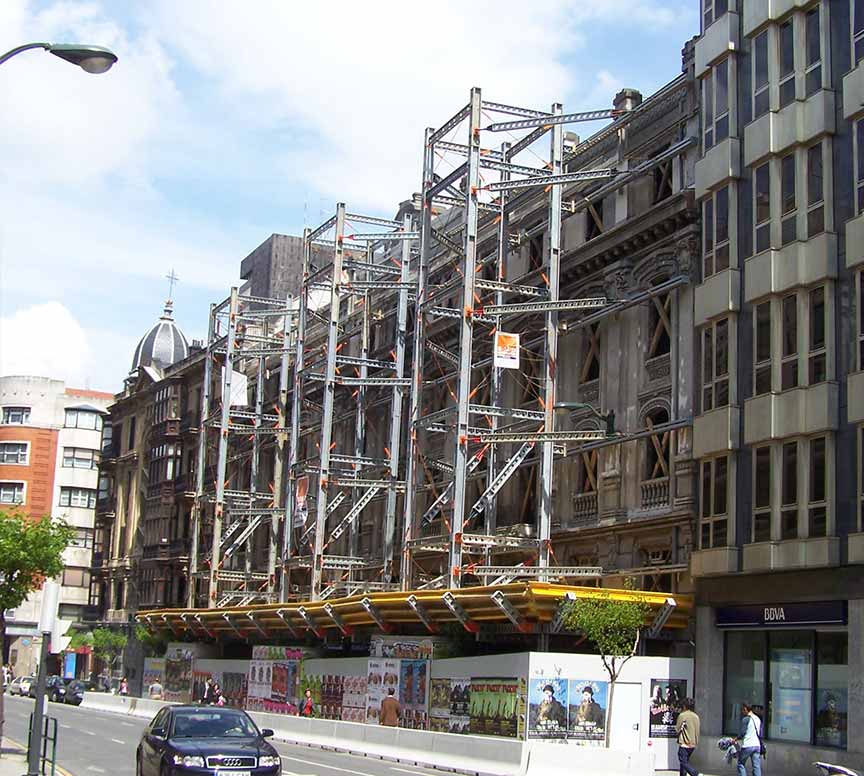 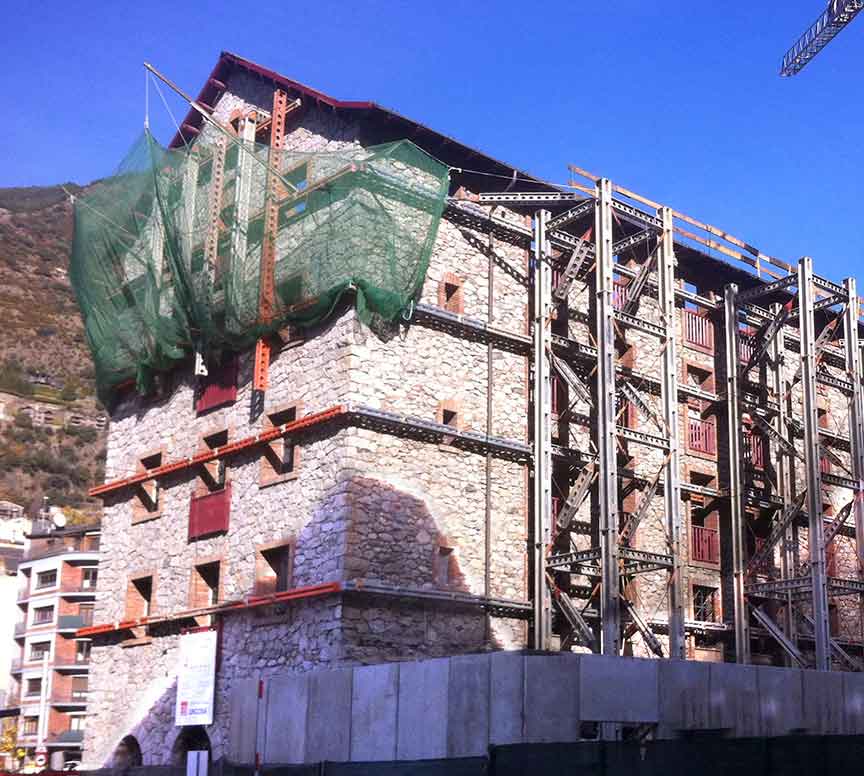 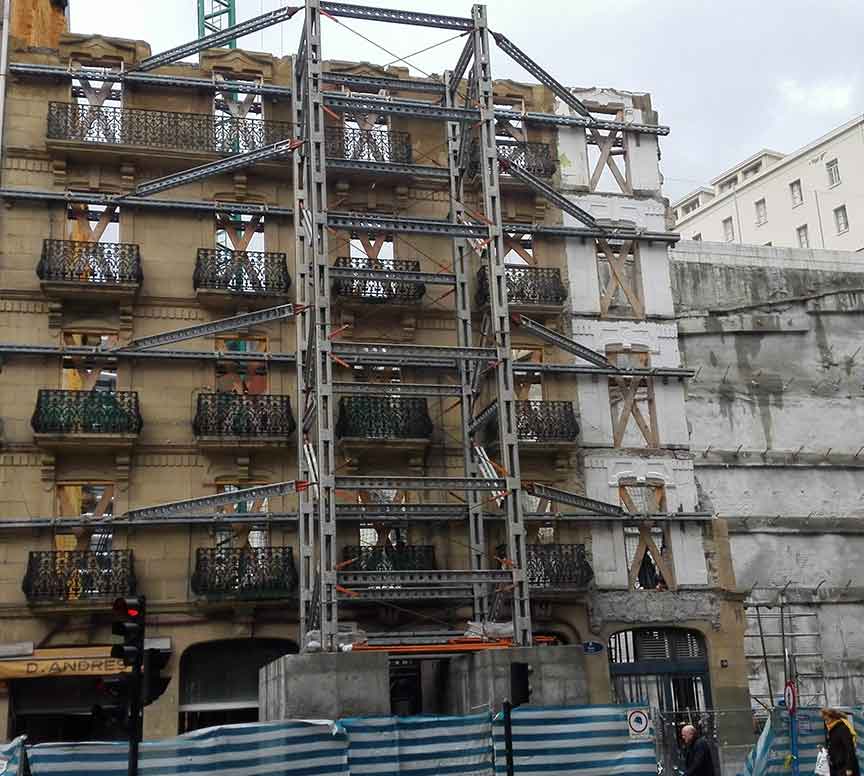 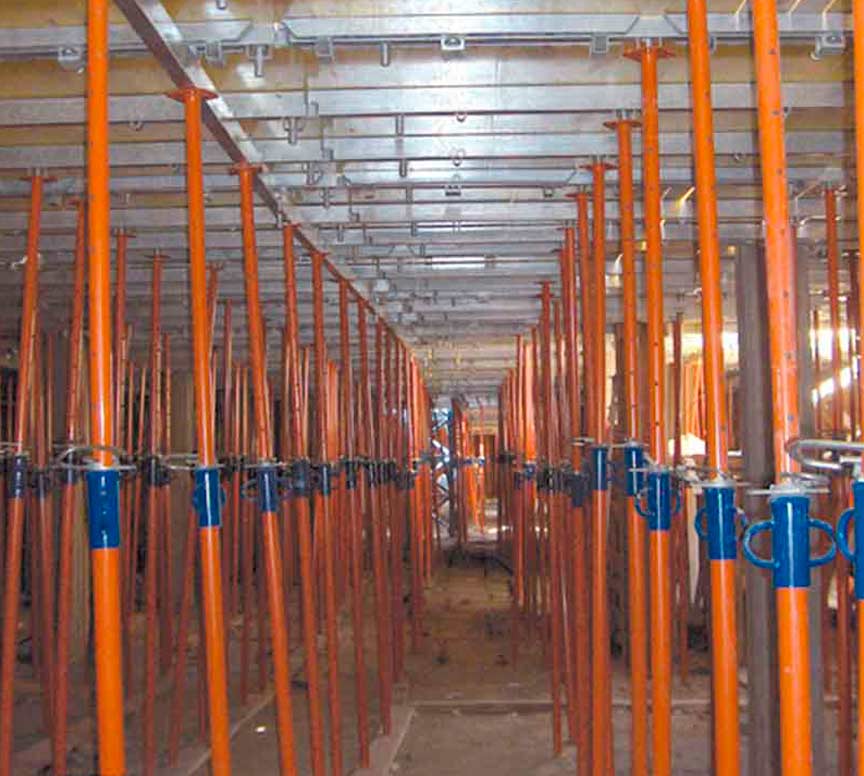 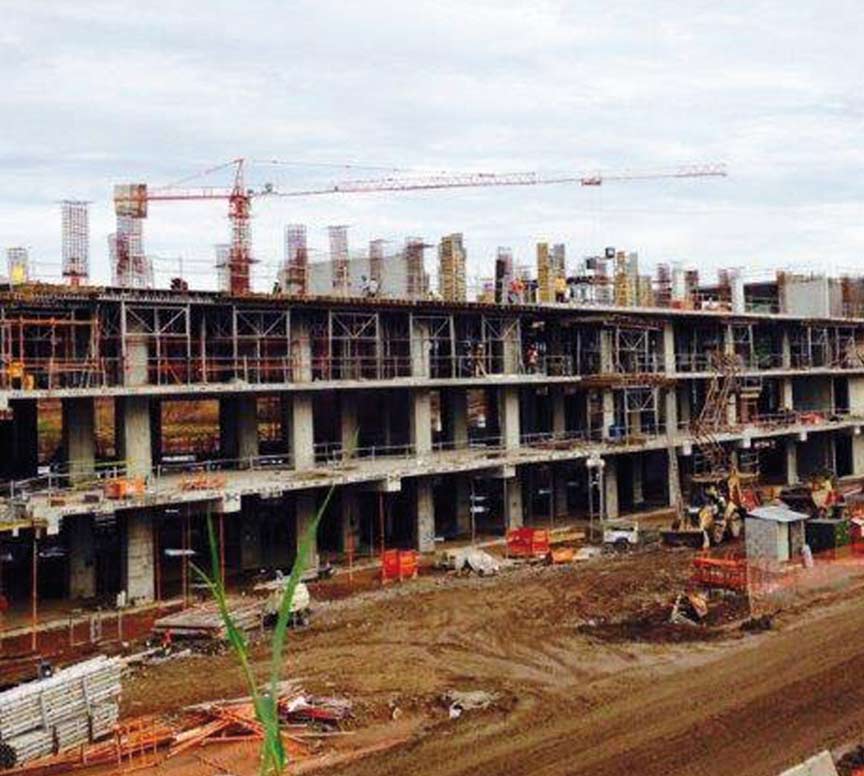 For the execution of the slabs of the largest hopital complex in the country, the 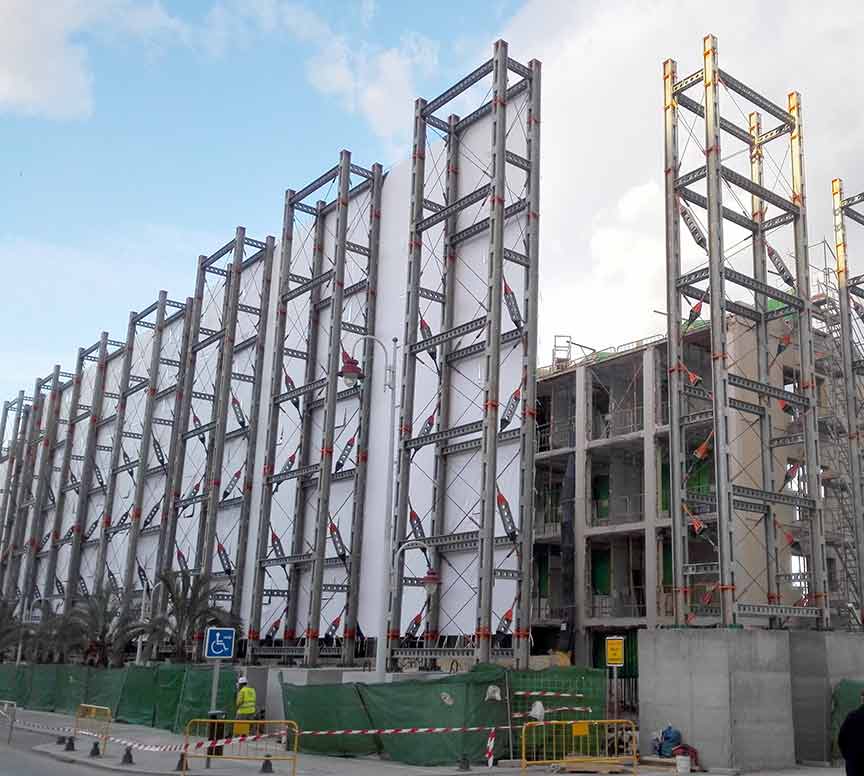 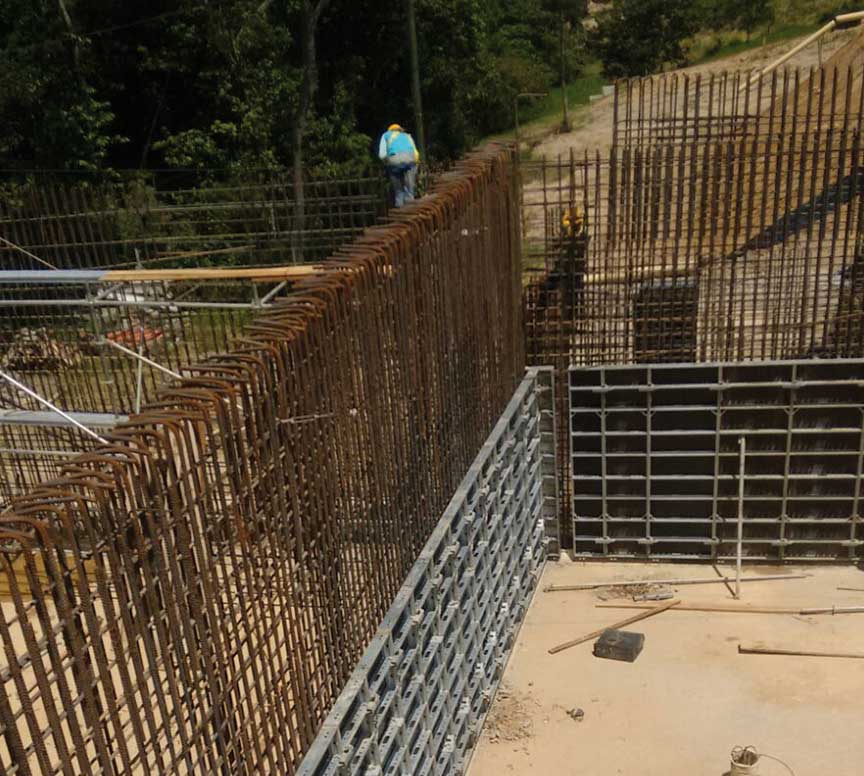 Light system of Minima wall formwork. It is a modular system by panels that allows 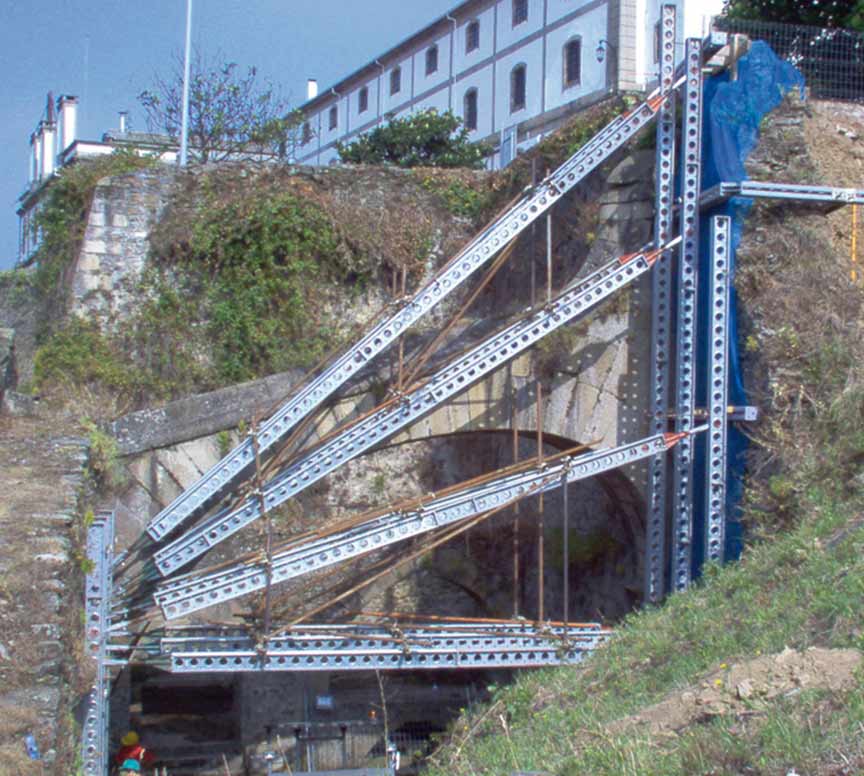 Structure with Superslim beam for the shoring of slope in risk of detachment. Thanks to 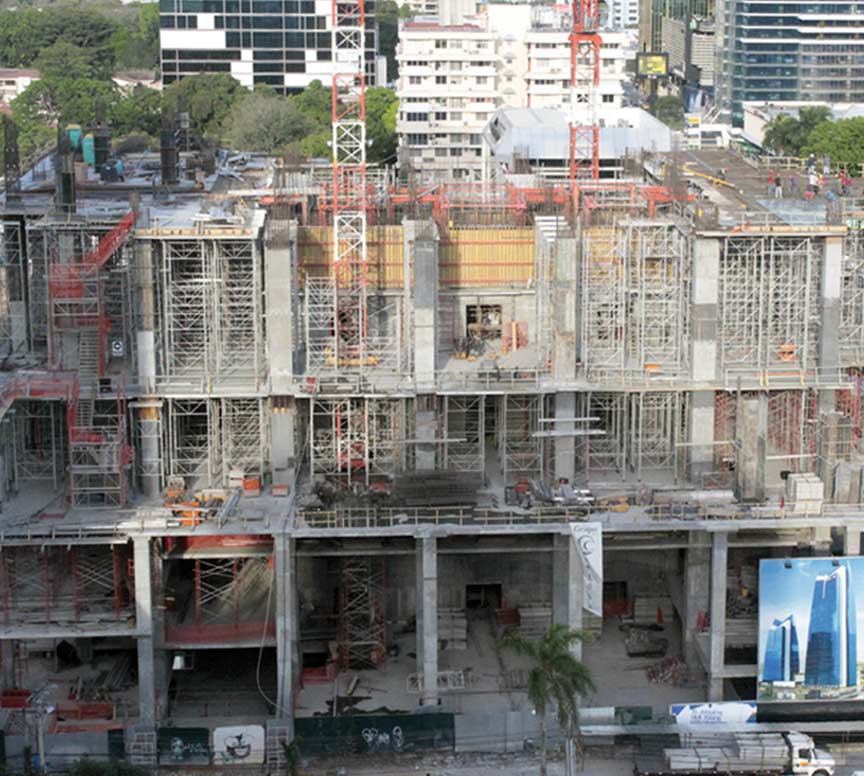 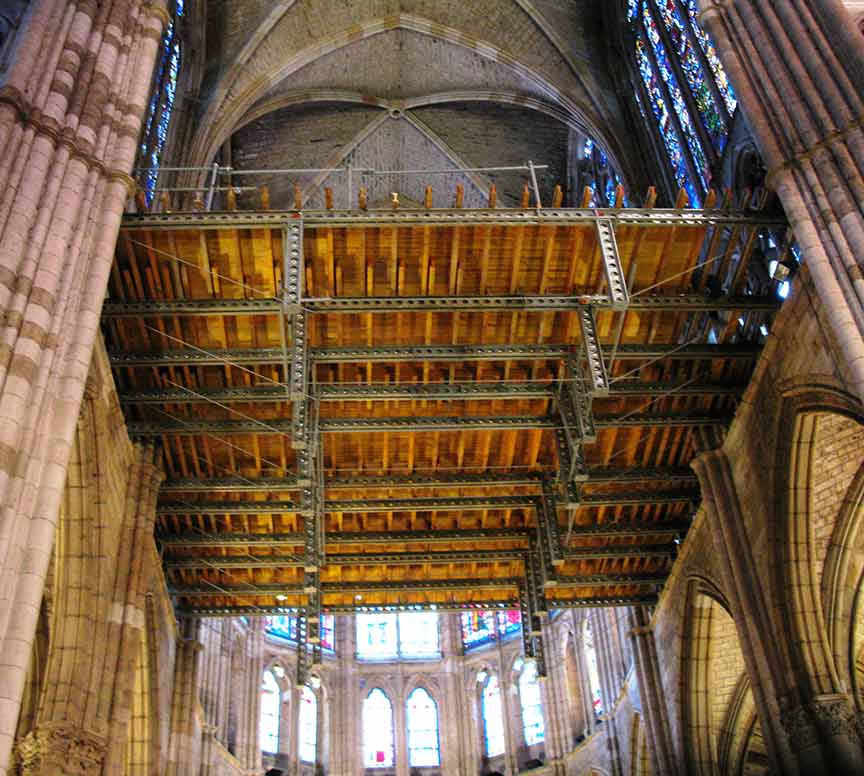